Jamie Durie chooses to use Kimberley Sandstone in medal win

As reported in the news over the week of May 20 - 25 2008 Jamie Durie has won a Gold Medal at the prestigious Chelsea Flower Show, and managed to slightly upset Prince Phillip who was heard saying as he walked away "I didn't come here for a lesson on plants!" Yep, that's our Jamie. In typical Aussie fashion he was unafraid to correct the Prince in saying that the 'tree fern' in the middle of the display was actually a cycad.

Congratulations Jamie and ALL his team on a wonderful win.

What was not reported with as much detail was that the wonderful looking sandstone featured in the garden display was supplied by Kimberley Sandstone of the Sunshine Coast and their quarry in Western Australia.

The display certainly attracted the attention of the Royal Family with the Queen commenting 'what a lovely curve in the deck'. Jamie presented the Queen, and later Prince Albert of Monaco who was also impressed with the garden, with Queensland Bottle Trees for their own gardens and was jubilant at meeting the Queen. "I still can't believe it" Jamie was heard saying excitedly.

The garden was a joint effort of Jamie's team with Chelsea Flower show regular entrant Wes Fleming from Victoria whose family tradition of being nurserymen goes back three generations. The team of 20 worked full-time for nearly a month leading up to the show, with the backing back home and abroad of the Fleming Team and Jamie's 50 strong team in 11 countries, and of course from Australian suppliers like Kimberley Sandstone.

Lani Machado from Kimberley Sandstone said "Jamie rang me a few months ago asking me about the stone and we talked for a long time. I helped him organize with our quarry, the Kimberley Sandstone to be used. I am ecstatic to see where it has ended up and to see it on the news. He is a really down to earth and passionate guy". 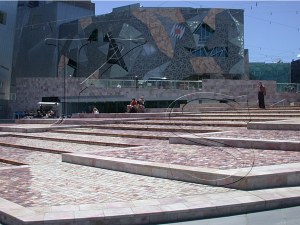 Freighted to ANYWHERE in Australia

Bring the Kimberleys into Your Next Project 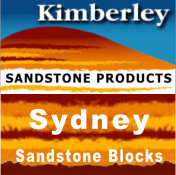 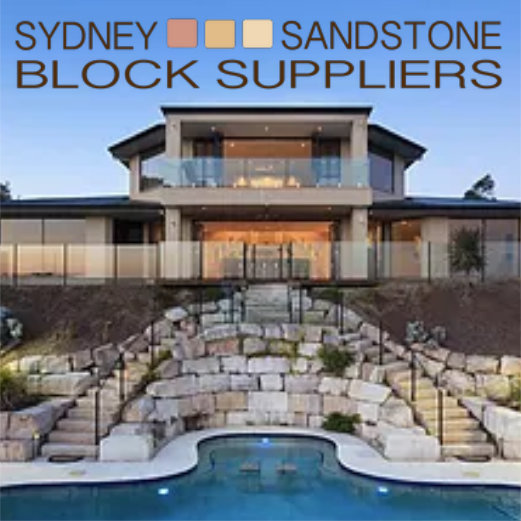